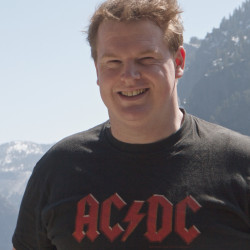 Gareth Ellis is lead developer in the Language Services group at ICON Clinical Research, where has worked since 2004 in a variety of roles. When he’s not building software, he’s usually found on the cricket pitch, in the kitchen or in front of a film. He is an occasional contributor to open source projects, lead organiser of the PHPOxford user group, and was the English Open powerlifting champion in 2011.

Have you ever struggled to write expressive, easy-to-read test assertions in PHP? Ever written tests where you have to write way more lines than the actual code you’re testing? If so, then Hamcrest PHP could be the answer.

In this talk, I’ll show you how to use Hamcrest to make your tests read more like English sentences, and how to leverage the power of custom matchers to make sure that you’re truly asserting against what you want to.