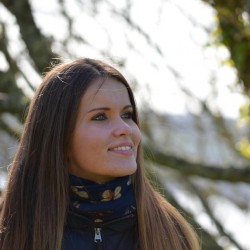 Writing Go and PHP at Brightpearl. Working remotely from Bristol or anywhere with wifi. Her main interests include automating #allthethings, sorting out legacy code and making things simpler and faster. She’s a regular at PHPSW (sometimes speaking, sometimes co-organising and sometimes just there for the pub). Kat loves travelling and keeping active, appreciates good coffee and is a big Lego fan.

Talk: Get GOing with a new language

Learning more than one programming language is key to becoming a better developer. It is like adding a new tool to your toolbox. The more tools you have, the easier and quicker you’ll be able to tackle whatever job you need to do. You’ll also be able to use the right tool for the job, and who doesn’t like that?!

I picked up Go (golang) about a year ago as it was becoming more popular among developers. Coming from a PHP background, I had no idea what channels or goroutines were or how is concurrency different from parallelism. I’ve got to say, it was a whole new world. Very different, but very cool. I was hooked!

By happy coincidence, my company was looking to rewrite a legacy PHP app in Go. It was over 2000 lines of procedural and messy PHP4 with more downtime than I’m willing to admit to. I took on this project, and soon enough we had a much faster, more maintainable and much more reliable app for our customers. Go gave us options we would not have in PHP.

The goal of this talk is to give you a good idea of what Go is and how it compares with PHP. We’ll look at the language itself as well as the tooling and communities around it. Even if you’re not sold on Go by the end of it, I hope you’ll leave inspired to go out there and learn whatever language you wanted to look into next.